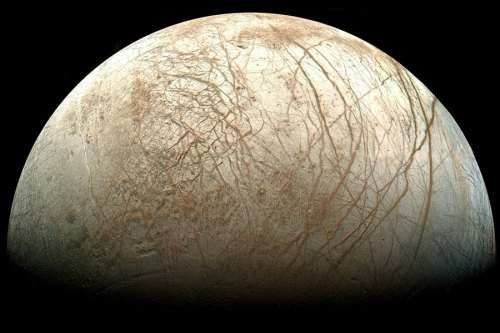 It is not the old continent, it’s one of Jupiter’s moons. This APOD was taken by the Galileo spaceship during its mission while orbiting Jupiter from 1995 to 2003.

Europa is almost the same size as the Moon, it is only smoother and has less highlands and less craters than our natural satellite.

There’s evidence that underneath its ice surface, liquid oceans may exist. If the ice layer is thin enough, a mission has been planned to find out if there’s life in these oceans.

Tagged as curiosities, Europa, the moon